Maybe you believe in Serendipity. Maybe you don’t. But sometimes you just have to stop and wonder.

I was on the thirty year Class  of 74 Severn Reunion Committee  .We cruised up the Severn about a year and a half ago and had a great turnout and lots of fun.We included the class before and after ours in the celebration. We had a photographer who did video clips and also tons of digital photos. Me and my big mouth ( I should have left the Cheerleader stuff in retirement) mentioned doing a video of the evening. Well after a year and a half, I finally faced facts. The sixty plus hours it would take my friends to donate a 60 minute DVD was time prohibitive. Not to mention the equipment cost it takes to produce this. I would just as soon do it myself and learn how as to pay someone. Then I had this epiphany. Never had it crossed my mind to ask the Severn students to help produce it.

Mia Chandler and Jack Flanagan had given me rolls of heirloom photos from past reunions. We had dozens of photos and video clips from the Reunion evening. And Vickee Evans had donated the scans of the Senior yearbook photos. Plus I had some “yellow with age” uncirculated photo treasures stashed in my closet .

It’s kind of like the credit card ads. Cost of film and cassette.10 bucks.Video clips of your 30 year reunion .Priceless.

So I called Severn yesterday and approached them about this student class project concept with donations going to Severn. I found out they  now have a 20 Mac Video Computer Editing Lab. And maybe, maybe there is a way this can work out.Maybe. So the Technology Advisor asked me if I could bring all the data to Severn. I explained I live an hour away but oddly I was going to Annapolis the next day and that I would deliver the photos and clips the next afternoon.

This is where the Serendipity starts. I got up the next day and decided to head to Severn before my appointments that day instead of afterwards.It was the first time I had driven the morning route to Severn in 30 years. And if that wasn’t weird enough, it got weirder. When I arrived, I had to ask where the office was located . It had been that long. When I got to the office, all the faculty was at the Gym. Why was everyone at the Gym? I was told I was not allowed to roam the buildings and I was determined to put this in the correct person’s hands. Over ,around or under the fence to get something done, I decided to head to the Gym. It was the one building I knew how to find.

I couldn’t help but notice the backpacks.They were lying everywhere.I mean everywhere. It made me think of a conversation I had with Peter Tsou.When I first went to Va. Tech I had a new calculator. Back then, calculators were NEW. I left it on the steps a few moments and went back to get it. Sure enough, it was gone. I was so stunned. At Severn, I could have left my purse out and noone would have disturbed it. When I told Peter this story, he started laughing and said, “Cheryl, you could have left your purse out for DAYS at Severn and noone would have touched it . So the backpacks were what I really noticed. And the Alumni names on the walk. And then I walked into the Gym for the first time in 30 years.

And it all came back. I remembered Graduation Day on the stage and Cheerleader practice on the Gym floor and Homecoming and  Admiral Games and it just all came roaring back at once.

I was supposed to be there right at that moment. But I totally had no idea what was going on and why the Gym and Bleachers were filled. There was this film playing about Severn as I walked in. I asked the young Student what was going on. He said it was Founders Day and Grandparents Day combined in one. I proceeded to ask him a lot of questions. Like why they had blue blazers and did they still have the Powderpuff Football Game we had started. Like if the man speaking was the Headmaster I had seen in photos.

As I walked in there was a large screen film playing of Jeeper  ( G.P. Lindsay) talking about his Dad. And photos of Woody and Scott Burns and Court rolling on the screen. Mind you , this was as I  was walking in the Gym just trying to hand over some photos to a teacher since that was the only place the lady said I could visit. Nothing like absolutely being forced in the right direction.

Since the ceremony had started I had to wait to meet the teacher who did not know I had arrived in the morning instead of the afternoon. I heard Molly Green talk about a funeral she had attended. She said she was accosted by a woman  who noticed all of the Severn alums surrounding her  at the funeral .The woman said if she had had any idea that was what Severn would have meant for her children that there would have been no cost too high for this.

And  I got it. Because to this day I can pick up the phone or meet one of my classmates on the cuff and it is as if time transports you. It is a bond that is unbreakable. It’s the backpacks on the ground with no explanation necessary.

So near the end I saw the teacher to whom I was supposed to hand the stuff  cross over the room near me. I knew this because the cute young student next to me explained who he was and updated me on the gym and the Powderpuff Tradition and everything else I quizzed him about.

So as I left to hand over the photos to the teacher, some people walked over to me and asked if I was one of the original girls who attended Severn. STUN GUNNED  again, I said yes and they asked to take a photo. How they figured this out is beyond me. I was just there on a weekday to drop off some photos and try to figure out how to get them made into a Fund RaisingVideo for Severn since I have flopped fabulously on this mission.

As I left I could not help to think about how odd the morning had become. I started to pick up the phone to call Gail Kirchner but I did not know her new PA work phone.Then I started to call Peter Tsou but figured I’d catch him later and tell him about the unusual day. Not everyone would realize how completely off the wall it was. And if weirder couldn’t get weirder, I went to my scheduled appointment and looked up and sure enough right in front of me, plain as day, was my fellow  Reunion Classmate organizer , Gary Zorn, right in the same office. So I wore him out with this story.

But this is too neat a story to be left untold.

When Gary left the room, I heard a woman say Woody’s name. I turned to look at her and realized I had introduced her to him thirty some years ago and that she is now one of his patients.

So I am not  completely sure what the message  today was about. I went to Severn on a seemingly regular day to drop off some material to be used as a Severn Fundraiser.I figure I have 2.5 years before I completely lose face on this Fundraiser video DVD project. But for some reason I was supposed to be there today. Maybe it was a reminder of the strength of the Severn Community. Maybe it was a reminder that as much as things are different, they are still the same. Maybe it was a connection and an appreciation for the gifts I have received from Severn, like the barriers  I do not see as one of the first batch of Severn Ladies to Graduate or the ensuing  entrepreneurial spirit that has enabled me to run a business for twenty years.Or maybe it was the backpacks. It was just nice to know they were all lying around  safe and sound.

Which is a nice time to say……

P.S. Jack and Mia, your photos are safe. They are at Severn. And if anyone has an idea how we can get this video completed, S.O.S to GoldenGirl@GoldenResults.com. I have 2.5 years before I get as redfaced as the first day at Severn when I dropped all my books on the ground and lay face down as Gusty roared with laughter. Oh, and while I have your attention, Bob Alley, I should have gotten the English Award. How you walked off with it is still beyond me in spite of all those books you have published.

And RAH Severn. Thanks for the reminder today of how much you mean to me. 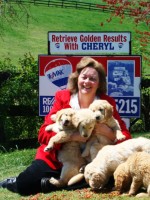 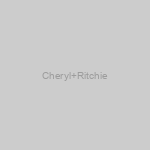